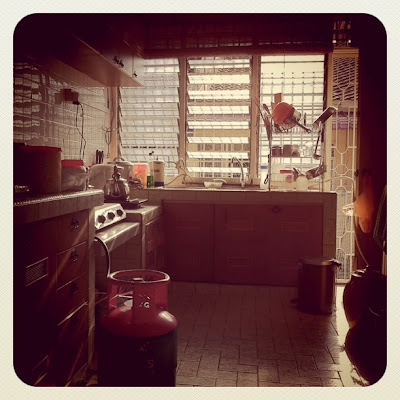 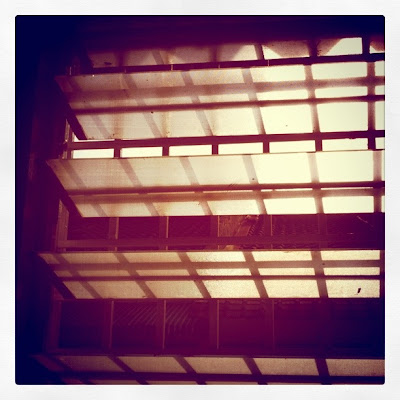 My ah kong has left to be with the Lord. He was sick for a long time, and the cancer had spread to his bones.

Earlier this year during Chinese New Year he was still looking healthy. He had short term memory loss, so most of our conversations in limited teochew (on my part) would consist of him asking me the same questions every five minutes:

"Are you working in KL now?"
"Is Jontzen still in Shanghai?"

His long term memory of me is up til around 2005 when I graduated from uni and started work in KL, and that was also when my brother was already working in Shanghai. So to him, I was still the fresh grad who just moved to KL, just rented a room, with new surroundings to adapt to.

I never got tired of answering his questions though. "Yes I am working in KL, this is Sen Kiat my husband, we got married last year.." It was kinda cute yet sad at the same time.

His wife, my grandmother, had passed away many years ago. I always asked my parents if he would remember that she was no longer around, or would he wake up in the mornings startled at the disappearance of his wife from his side.

He got really sick a few months back. From the healthy man I saw during Chinese New Year, he had suddenly become so frail that it hurt to recognize him. Skin to the bones and cheeks sunken in, he was admitted to hospital a few times.

Ah kong. I wished I spoke more teochew. I told you I love you in English and I think you understand that right? Every moment spent with you then onwards was more precious than gold. Feeding you porridge at the hospital, wiping your eyes, putting on your socks for you, massaging your ankles and shoulders... Will it ever be enough to show you that I love you dearly?

I didn't cry that much when I found out that he had left. I guess we all saw it coming and it was just a matter of time. But as I write this my tears are rolling down.

Ah kong. I wished I was there to send you off to the Lord. Still, it would never compare to the welcome of the angels above.

Barked out by chiiiiing at 2:02 PM 1 comments 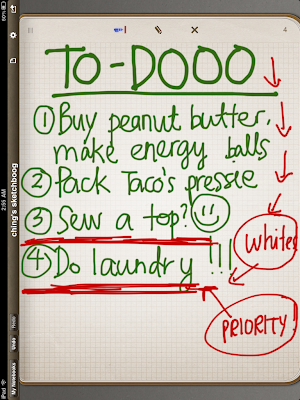 Looking at the way my Monday to-do list was written, clearly I've got my priorities lined up right from the get go. I had written all the non-important but fun stuff at the top of the list and the really important one right at the end. Upon realizing that I had to furiously mark in red to draw my attention to the most important item.

I suppose linear thinking is not my thing haha :)

Barked out by chiiiiing at 1:34 PM 1 comments

Let's forget about being good Malaysians for a while, and just try to focus on being good people, on trying to have a good heart, and on trying to do the right thing.
That's how Malaysia is going to be a better country in the future.
You may be a school teacher, a stay at home mom, a student, a janitor, a politician, a rockstar-- it doesn't matter. Let's just start with this small seed in our heart. You want a better Malaysia, right?

p/s: I'm so, so, so, SO proud of my husband because he came up with this idea and together with the awesome team of creatives (in the agency, the client, and the production side), they came up with this viral video. You will see him in the video, holding a sign about apologizing for not returning a stranger's wallet he found in a taxi-- that incident happened to him when he was 14 years old. So yes, true story! :-p

Email ThisBlogThis!Share to TwitterShare to FacebookShare to Pinterest
Labels: Advertising

Tutorial: Recording your own vocals on GarageBand with the built-in mic


I wrote this for Jodi because she wanted to record her own vocals on GarageBand. She's a really awesome singer and I always love her performances! She is gonna be a megastar one day :D

Setting up your recording area

Setting up your macbook’s System Preferences

Setting up your garageband’s Sound Settings to record vocals

Enhancing your vocal recording on garageband

That's about it for now. If this tute helped you, let me know. Have fun!!
Barked out by chiiiiing at 3:35 PM 0 comments 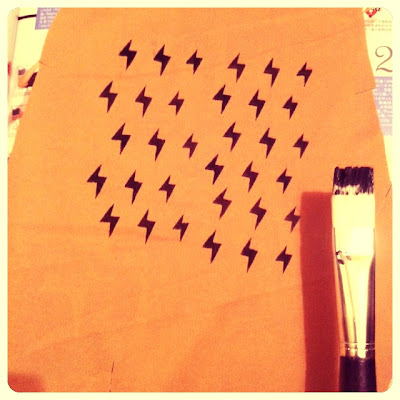 Experimenting with printing patterns on fabric tonight! Let's see how lasting this paint is.... :p
Barked out by chiiiiing at 11:36 PM 0 comments