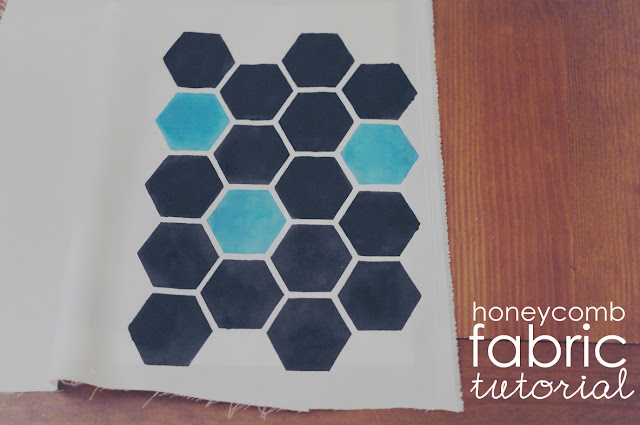 I know what you're thinking! "Ugh not ANOTHER freezer paper stencil tutorial in the blogosphere of awesomeness again!" /commence crafty eye roll


Okay first of all, you crafty punk, this ain't a freezer paper tutorial. Because I don't even have freezer paper! :( Maybe I'm blind, but I've never been able to find freezer paper here in Malaysia, and don't know anyone who has found it in the stores. I've tried the other popular alternative to freezer paper though, which is fusing black garbage bags between printing paper and the material. Which works too, but is pretty difficult for me when it comes to intricate designs.

But you know what Malaysia has? 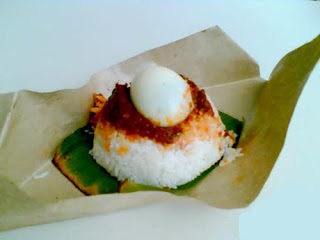 And what does nasi lemak bungkus come in when it doesn't come wrapped in a banana leaf?

KERTAS BUNGKUS! (That picture is still making me hungry)

And what is the chemical make up of kertas bungkus which bears similarity to freezer paper?

Sorry, I was a bad science student. Anyway, to cut the story short, kertas bungkus (bungkus for "packed") is basically brown paper with a waxy side. PLUS. Easily available in neighbourhood sundry shops, and very cheap too. If you're living in other Asian countries I'm pretty sure you'll be able to find this too, because it's a common material used to wrap food for takeaway (which reminds me of roasted duck rice and chicken rice that my dad used to buy back for me :D). 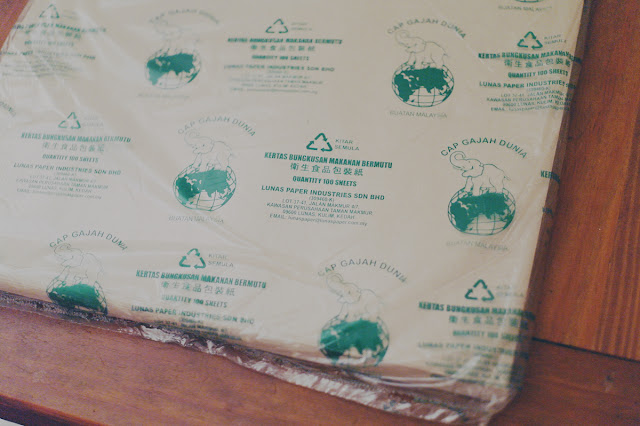 Okay enough of waxing my own thrifty ass, let's get on to making some honeycomb print fabric!

*Stencil's in PDF, for personal use only. 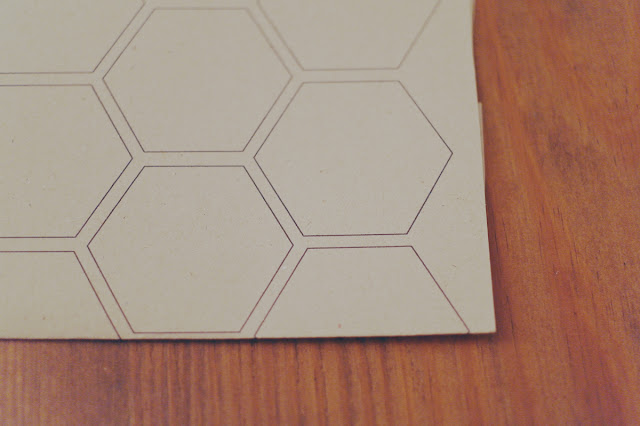 Trim kertas bungkus to A4 size, feed it through your printer (print on the non-waxy side) and print the stencil out. 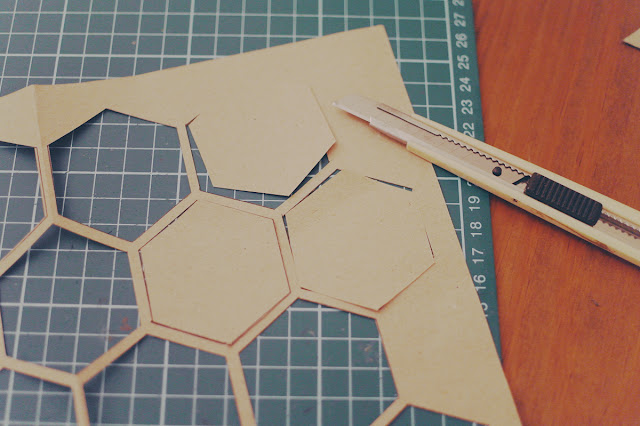 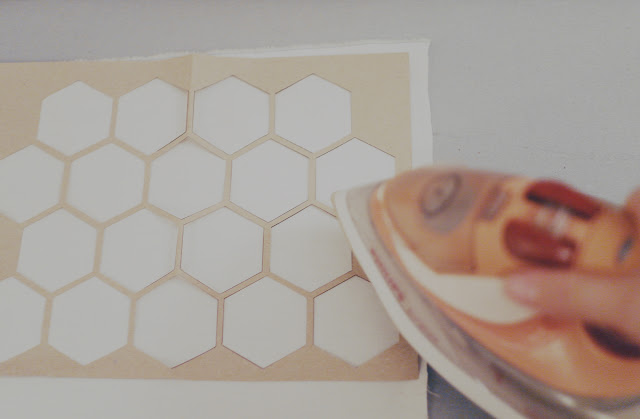 Iron on stencil (waxy side onto the fabric). Iron everything nook down, especially the thin borders between the honeycombs :D 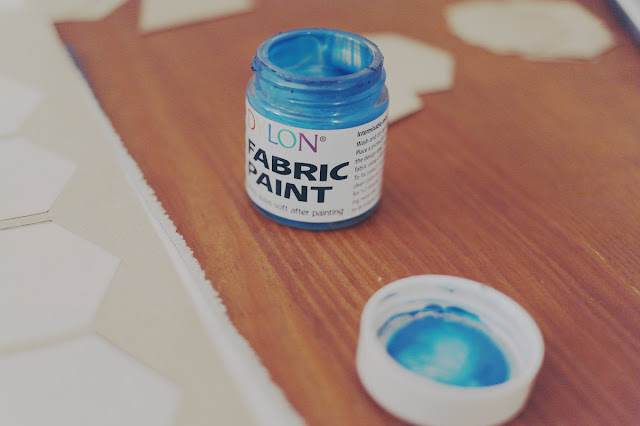 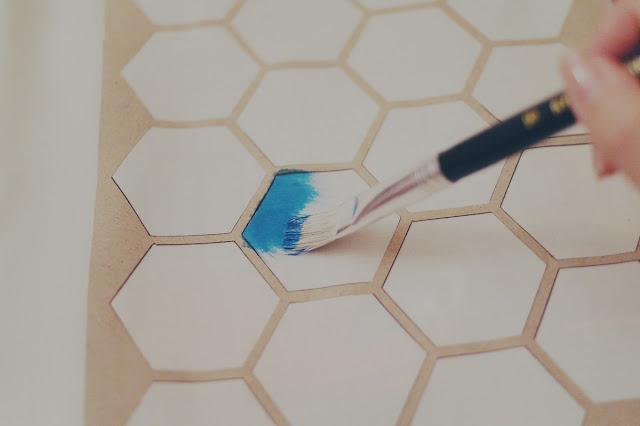 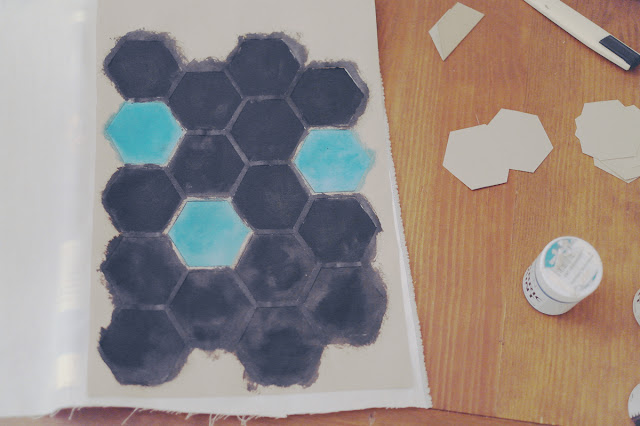 Once done, allow to dry.

p/s: Erm.. okay. I didn't allow to dry. Hence the blotchiness. heh. I will touch it up tomorrow hehehe. 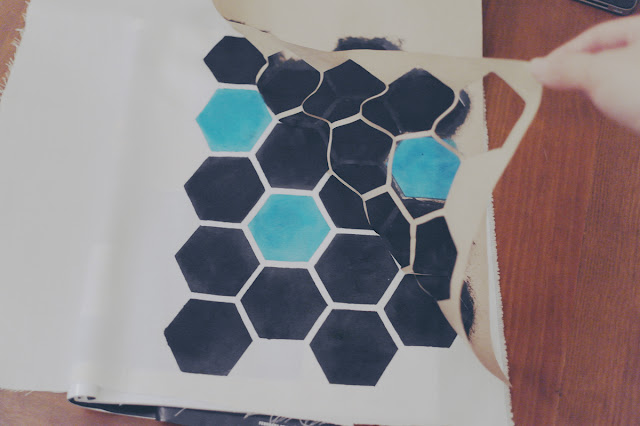 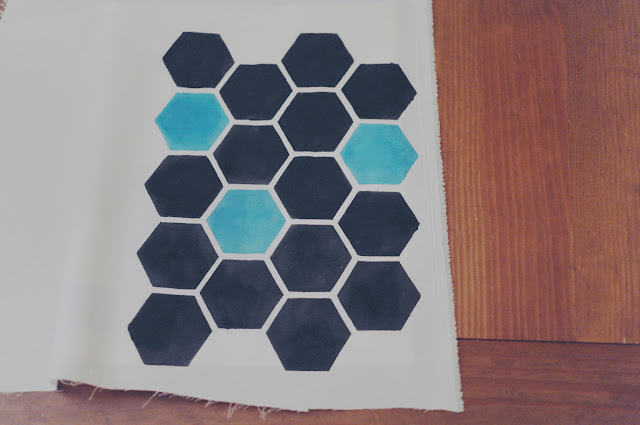 Fix the colour according to the fabric paint's instructions.*
Done! Enjoy your honeycomb fabric :D

*Dylon's instructions to fix the colour: "Cover painted area with a clean cloth and iron on a very hot setting for 1-2 minutes. Fix between layers if painting more than one coat. Fabric returns to its original softness after washing.

p/s: Hello new readers! My blog is now at http://chingmakesthings.blogspot.com :)
Barked out by chiiiiing at 2:56 AM 26 comments

Behind the scenes of an Etsy store


I've had a wonderful time back in my hometown spending top notch quality time with my parents. Things are a bit different this year because my grandfather passed away last year. But it's ok. I guess things will never remain the same forever, and over time new family traditions are born, although some do still remain.

Since my last entry here, I've taken up a new chapter to my life of working from home. I've been writing and photographing tutorials for a craft site and it's been so fun thinking of new ideas and executing them. Sometimes I'll just stay awake in bed thinking of ways to execute an idea, and I'll ask my husband for ideas and get his opinions on my proposals. He's been very supportive although most of the time I'm working pretty long hours and rarely get to spend much time with him, even on weekends. Thanks for the support, Mr Husband :o)

Anyway, I've been backing up my photos and came across these pics that were taken when I was working on items for my Etsy store, and just thought I'd share them with you here.

I think my current favourite tools are the art knife (or what most people call the X-Acto, but mine is actually a Tamiya+Olfa that belongs to the husband hee hee), and glue (I have at least 7-8 types of liquid adhesives on my desk right now as we speak, and perhaps 2-3 more in the storeroom-- they are all for different materials and strength... I just get giddy looking at glues in shops sometimes). Most underrated tool that I like would be the single hole paper puncher... nothing like a perfect "o" to make my day! 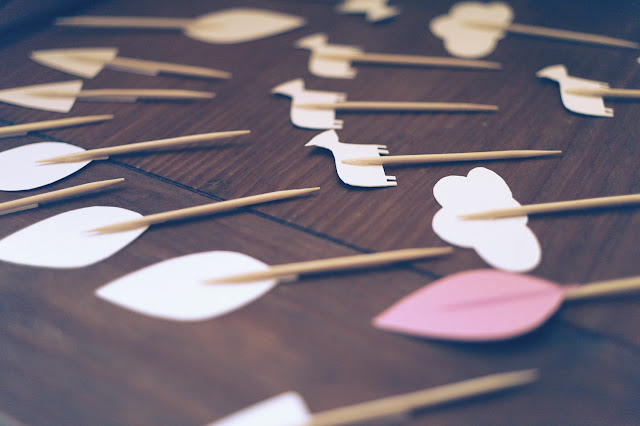 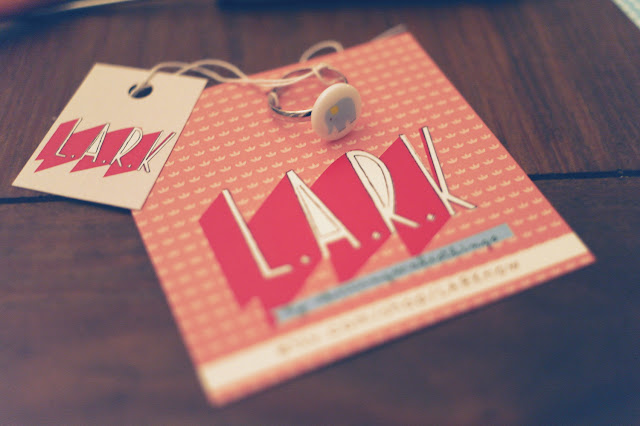 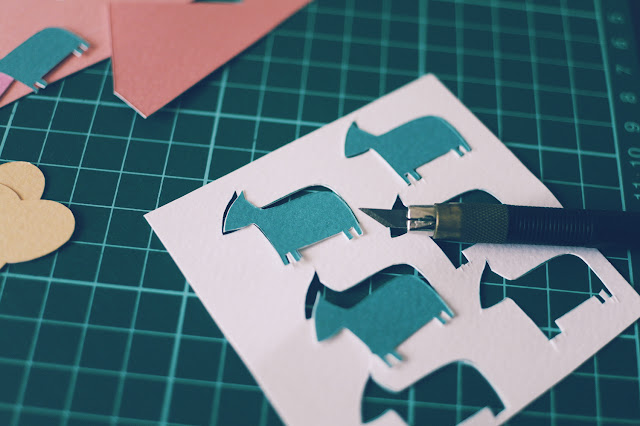 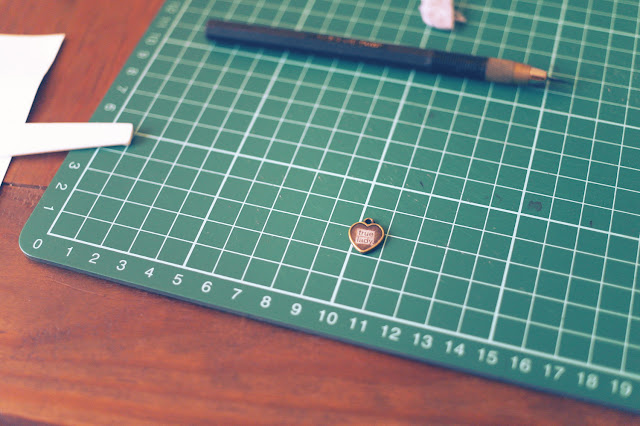 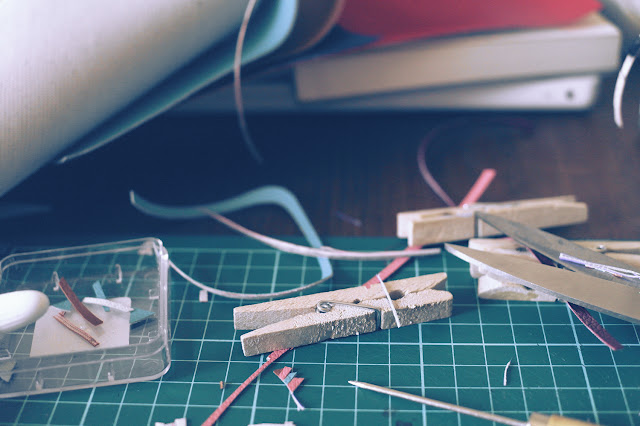 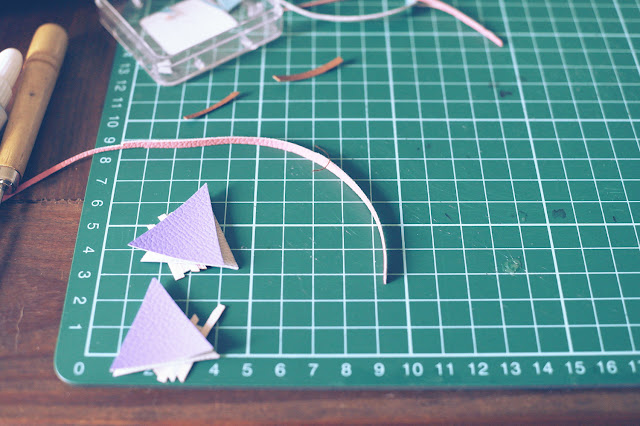 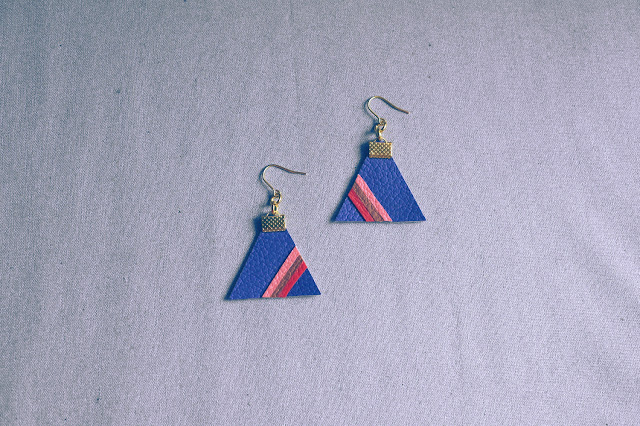 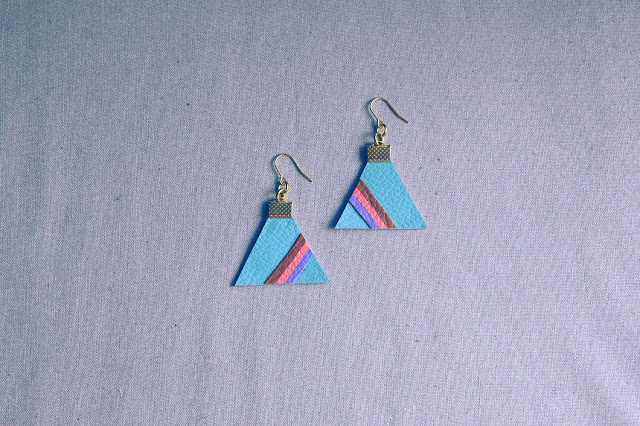 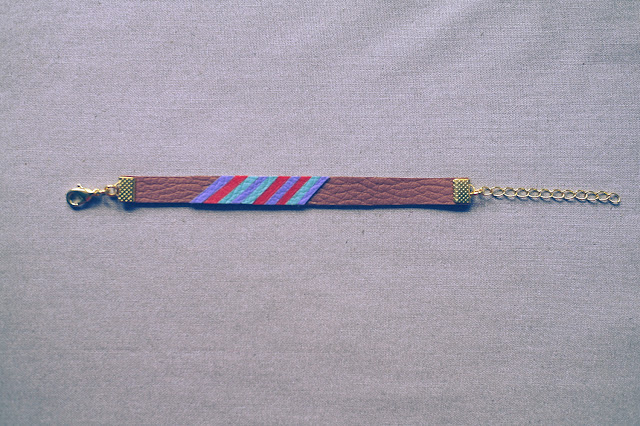 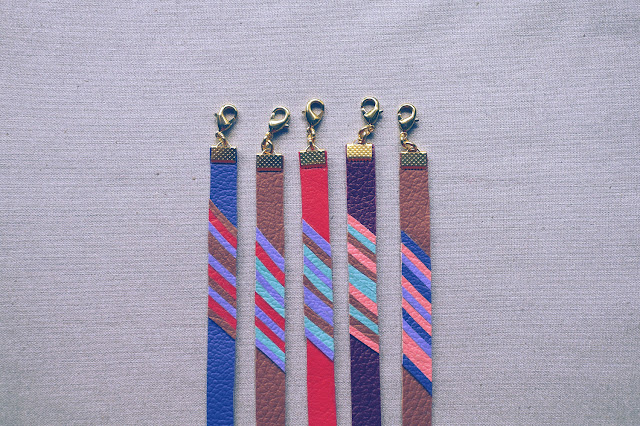 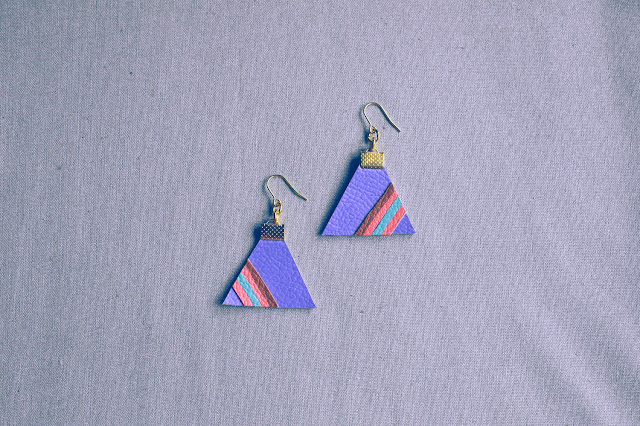 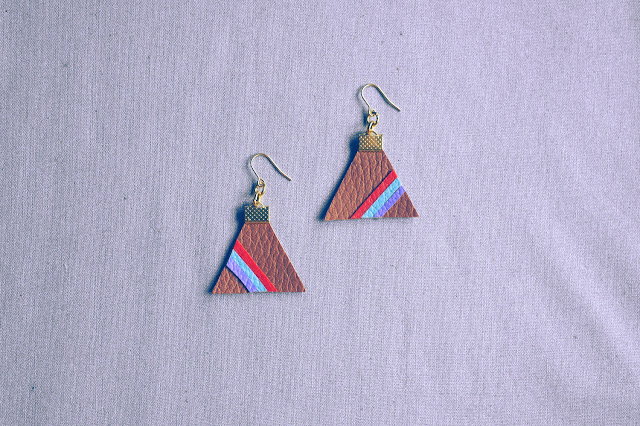 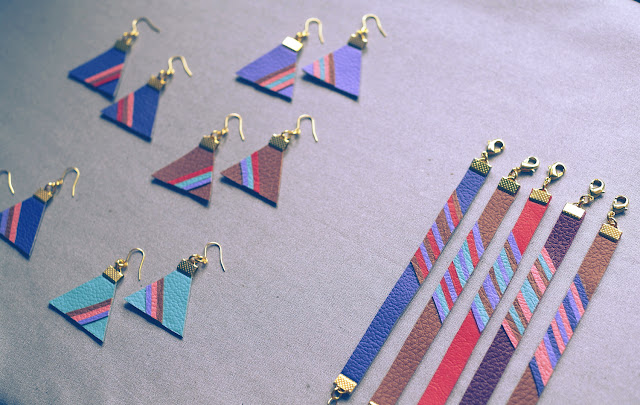 I had so much fun making these! Cutting the individual strips were a pain and assembling them together was time consuming. I think I shall take a break from jewelry-making and get back into sewing :-) .... although err, I'm really not sure if I can do it.. my mind's constantly thinking of accessories to make, even when I'm in bed! *_*

Accessories available at my Etsy store L.A.R.K
Barked out by chiiiiing at 4:07 AM 0 comments