Hmm. Forgot the third verse. Duh. I'll never understand the whole harlem pants trend btw. What's up with the whole drop crotch thing? The last thing I'd want to drop is my crotch, dudes.
Barked out by chiiiiing at 3:35 PM 0 comments


I was driving around TTDI last Friday when out of the corner of my eye I saw the a bright orange signage saying "POPEYES LOUSIANA KITCHEN" and I had to do a double take at the road and the board and back at the road just so I don't knock into the car in front of me.

Popeyes officially opened yesterday, and the boyfriend and I HAD to go and try la, seeing how he's a black trapped in a chink's body aspiring for a life with freestyle battles on the street and pimped up rides and I secretly always wished I had black frizzy hair and a gospel voice that could tear organ pipes down to the ground and a booty like whoah.

I hope numbers look good on my blog. See? I can do statistics too, yknow.

Word.
Barked out by chiiiiing at 4:15 PM 1 comments

Email ThisBlogThis!Share to TwitterShare to FacebookShare to Pinterest
Another year, another year...

Holy krapamolee... it's another year! Am not very much into celebrating my own birthday, but these folks went through the trouble to do a remake of The Birthday Song for me hehehe...

Watch the Obvious Girl in action!

Listen to the Boon and Adlin version!

As you can see, this song has survived various remakes. Totally customizable too, as lyrics for all versions are different. Who's birthday is next?? :P
Barked out by chiiiiing at 11:56 AM 1 comments

This is for Meowie, Boris, Marbles, Neko, Henry, and all the cats we've loved :-)

Barked out by chiiiiing at 5:23 PM 1 comments 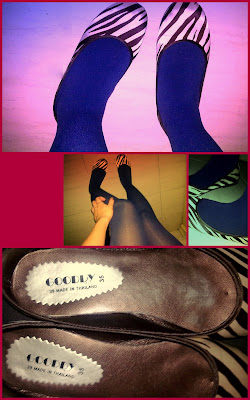 The lovely zebra pumps from the lovely Bunny Noo. I adore them so! And look at the brand label, it says "Goody". And there's two of them shoes.

(syiok sendiri)
Barked out by chiiiiing at 4:52 PM 0 comments

4. Kelly Rowland trying too hard to sing like Beyonce

1. Jennifer Hudson's song called Spotlight or something. The new Maxis broadband commercial with Daphne Iking and whoever. What, you mean they're not acting? Gasp, I totally couldn't tell!
Barked out by chiiiiing at 10:28 PM 4 comments

Where did my balls go?

Jo, remember when you and your sister forced us to wake up early the next day at Genting, so that we could get into the theme park sharp at 10am so NO TIME IS WASTED and we'll be able to sit all the rides all day long? And we sat on the Flying Coaster and thought it was dumb and a waste of 10 bucks (you were laughing so hard your saliva splattered onto your sis' face next to you and she couldn't wipe it off coz our hands were strapped down). And the Solero Shot, where you and your sis insisted "MUST SIT FACING THE OPEN AREA SO THAT WE CAN FEEL THE FALL BETTER!!!", and she was laughing away when we fell, shouting "I feel like a snowflake!! Up and downnnn, up and downnn! HAHA!!!"

Yeah, those were good times huh, and bloody ages ago.

Last weekend I was at Genting with the boyfriend, and it has been uhh lemme see... around 5 years since I been up on the rides? Yeah about that.

As I was telling Lobak, I realised that as my age increases, my balls shrink. guts decrease.

Before going to the theme park, I went to the toilet to pee for about a thousand 10,000 times.

Before going up the Space Shot (it's no longer called the Solero Shot), I said "Uhhh maybe we should go up the Flying Coaster first... eheheh..."

Before going up the Flying Coaster, I said "Uhhh hey look there's the Corkscrew, maybe we should go up that one first... it looks easier, right? hehh hehh..."

Before going up the Corkscrew, I said "Uhhh maybe we should go up the Cyclone first, you know, coz it's smaller and all... huhu.."

Before going up the Cyclone ("Malaysia's 1st Rollercoaster", it says), which is supposed to be child's play, I was wondering if I should go pee first.

And right before we were strapped onto the Space Shot, I was thinking "Oh crap. I need to shit!" And it didn't help that it felt like it was going to be the messy type. Stupid curry chicken puff.

I silently hoped that I wouldn't crap in my pants, and hoped that the gravity of the fall will push up the crap back into my system in time.

The boyfriend was laughing at every ride while I was screaming like a headless hyena.

I heard of an old couple who, for their 50th anniversary, went to sit on rollercoasters together.


[edits were made because Lobak said I'm liar hahahha]
Barked out by chiiiiing at 11:36 AM 3 comments

First post of the year (what a lame title)

I loved Tony Parsons' Man and Boy, but I couldn't bring myself to read the sequel, Man and Wife. Simply because Man and Boy was about a man hitting mid life crisis and making choices that tore his family apart, and how he found new love in a new woman (who wasn't necessarily a bitch either. She was just a new woman) . I don't really want to know more about the new woman :-(

So, I'm almost done with Stories We Could Tell by Tony Parsons now. I have a bittersweet fondness towards his writing, because he is so brutally honest that the truth hurts. But of course, certain happy parts of the truth are always so beautifully told.

I hope this year I will understand men more, because you guys will somehow always remain a mystery. I know we women are complicated, but you guys are just... well......... oh well :-P