Meowie
The boyfriend used to joke about how he used Jiggles and Meowie to get me. Well dang these animal-loving instincts, coz I fell for it! -_- When I first went to his house, I was delighted to see a big doggie and a small kitty cat living together. They were actually Sen Hon's kids, but because he was away, the boyfriend took care of them.
I was afraid of Meowie at first, was afraid she'll scratch me if I accidentally piss her off. She was wearing this weird poofy purple collar, thought it was a fashion statement at first but found out later it was just a product of her scratching. 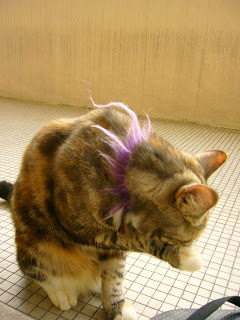 Quite the fashionista huh?
Anyway, on that day, which was October 1 2006, we bought her a new collar. Reason I remember the date is because that's when he and I got together :-) 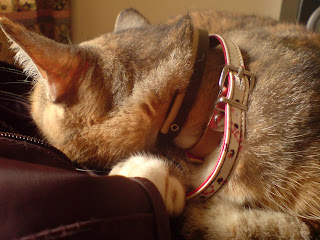 Meowie is really a special kitty cat. First of all, she doesn't meow like any regular cat. She makes these funny sounds that sounds like a cross between a jungle bird and The Predator. And because she grew up with dogs, she actually fights for attention, so you can expect her to greet you when you reach the house, just like Jiggles would. So cute right? 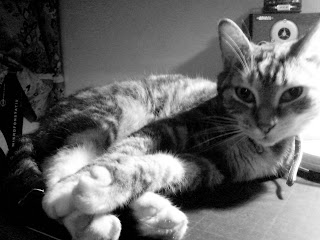 If I'm on my laptop, she'll saunter over my keyboard like as if I don't have any work to be done, and rub her head against mine. She runs in a pitty-patty manner, with her cute little socky paws. 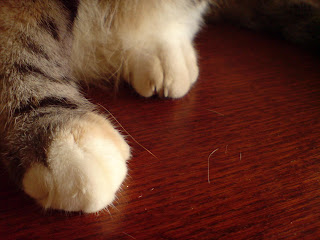 She loves pulling down towels from the rack and sleeping on them. Sometimes we'd wipe our face with those towels and wonder why our faces get so itchy, so we scratch a bit here and there, and wash our faces, and pat them dry with the towels again. Of course it later dawned on us who was the culprit heheh :P 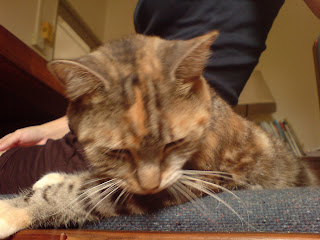 She loves lying on tummies and following people into toilets. She also loves her Royal Canine Adult 37, always vocal about when she's hungry heheh. She loves hiding in the cupboard, sleeping on fresh laundry (okay, don't we all), and trying to steal from the kitchen counter. 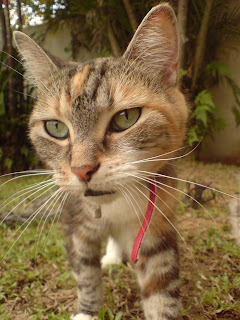 It always cracks me up when she slips when she's trying to jump gracefully up the table, because she'll quickly regain her posture and pretend like nothing happened-- it's like one of those blooper videos hehe. 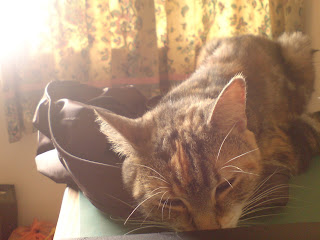 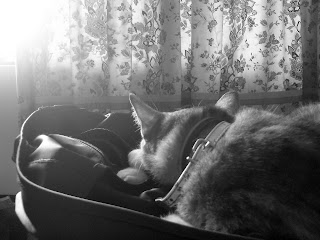 Thanks for letting me be part of your life, Meowie... *hug* 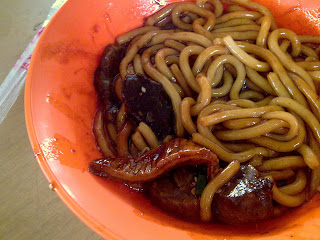 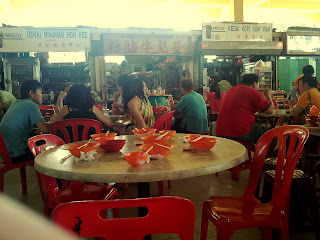 Kor, I know you miss this. Sorry for torturing you with this picture :-( We went to the Seremban Market to have it. Gosh it really really REALLY is the best ain't it?? So full in flavour, so full in taste, so full of gravy, nyam  nyam just the way me like it!!
If you're ever down in Seremban (like, gettin it down, yo, numsayin...) and want to have the BEST beef noodles, please don't go to anywhere else but Pasar Besar Seremban! Go upstairs... there are a few beef noodle shops actually, but the one with the yellow signboard (pictured above, in the middle) is the best! I don't know what the chinese words say (probably "We are the best, yo"), but it's beside Gerai Minuman Hon Kee and Kedai Kopi Sum Wah.
Man I feel so hungry everytime I look at this pic :-(
This is torturing even for me.
Barked out by chiiiiing at 11:53 PM 2 comments

Email ThisBlogThis!Share to TwitterShare to FacebookShare to Pinterest
Oooohh.. holy raisins and Engrish!


These raisins were prayed for. Yes you read that right. 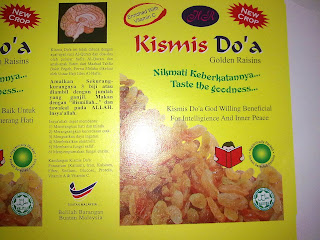 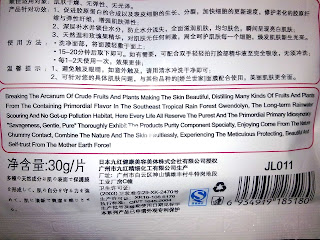 I do miss Engrish. This is found on a facial masque pack. That's er, great to know what the benefits of the masque are. "Savageness, Gentle, Pure". This sounds like a title from Mills & Boons.
Barked out by chiiiiing at 5:21 PM 2 comments

Somehow the French always make music like no other :-)

Barked out by chiiiiing at 2:47 AM 0 comments

Email ThisBlogThis!Share to TwitterShare to FacebookShare to Pinterest
54k4i5